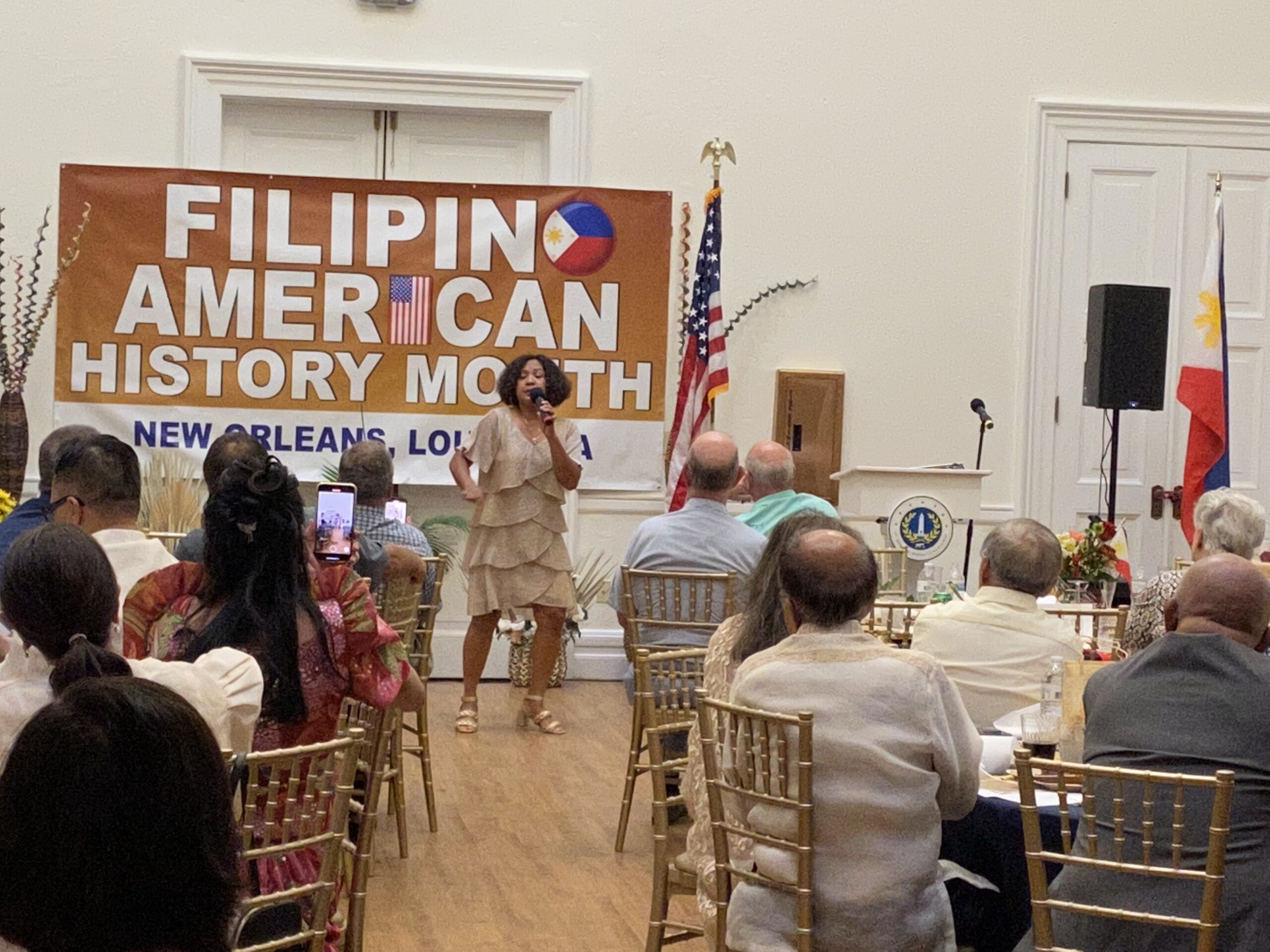 The day began with a preview of an exhibit celebrating Filipino foodways. The Southern Food and Beverage Museum (SOFAB) in partnership with the PLHS, the Honorary Consulate of the Philippines, and the Nunez Community College created an exhibit to highlight the foodways of Filipino in Louisiana and the history of Filipinos in Louisiana’s food industry. The exhibit highlights Filipino contributions to the Lake Borgne fishing industry and the shrimp drying industry. Liz Williams, Founder of SOFAB, and Brent Rosen, President and CEO of SOFAB, both thanked the Filipino community for their support of the exhibit.

No celebration of FAHM would be complete without a visit to the St. Malo historical marker on the grounds of Los Isleños Museum Complex. St. Malo as the first permanent Filipino settlement in the United States represents the beginning of Filipino American history. The Filipino community gathered on the grounds and enjoyed merienda (afternoon snack) at the Ducros museum. Members of PLHS posed for a photograph to commemorate the day.

The final event of the day was the evening gala, a formal affair with guests attired in Filipiniana. Approximately 120 guests celebrated the beginning of FAHM at the Historic St. Bernard Parish Courthouse. They were entertained by a series of speakers, dancers, and singers. Guests enjoyed an assortment of Filipino foods prepared by local chefs. View the menu and details about our chefs.

Gerlie Galanza-San Agustin served as MC and kept the program on schedule. After a welcome message from Philippine Honorary Consul Robert Romero, St. Bernard Historian Bill Hyland talked about the relationship between the Islenos and Filipinos, touching on intermarriage and a shared cultural heritage. He emphasized that both Islenos Canarias and Islenos Filipinas are both Islanders with a share Spanish heritage. View the article Hyland wrote about St. Malo for St. Bernard Magazine.

Consul Romero accepted proclamations from government officials declaring October Filipino American History Month. St. Bernard Council members Howard Luna and Fred Everhardt Jr. presented Romero, president of PLHS, with a proclamation from St. Bernard Parish. Veneeth Iyengar, representing Louisiana Governor John Bel Edwards, presented Romero with a proclamation from the State of Louisiana. Romero was surprised by the recognition of FAHM given by the state. He thanked the presenters and the community for the work done to raise awareness of the history of Filipinos in Louisiana.

Dr. Randy Gonzales, co-vice president of PLHS, closed out the program by addressing the history of Filipinos in Louisiana. Gonzales shared the story of Filipinos gathering in 1866 at the site of the gala, the Historic St. Bernard courthouse, in order to demand justice, before asking for attendees to celebrate FAHM by sharing the stories of their own Filipino American history.

“We are living history,” Gonzales said. “If you are a parent or grandparent tell your children and grandchildren your family’s story.” Gonzales emphasized that the lack of stories about earlier generations can be partially attributed to community stories not being documented. If we share our stories we can have an impact on what is known about the Filipino community in the future. 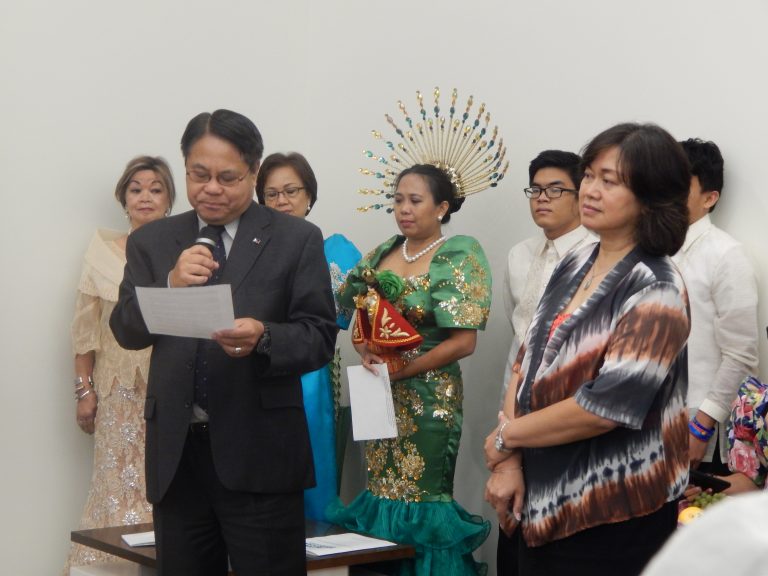 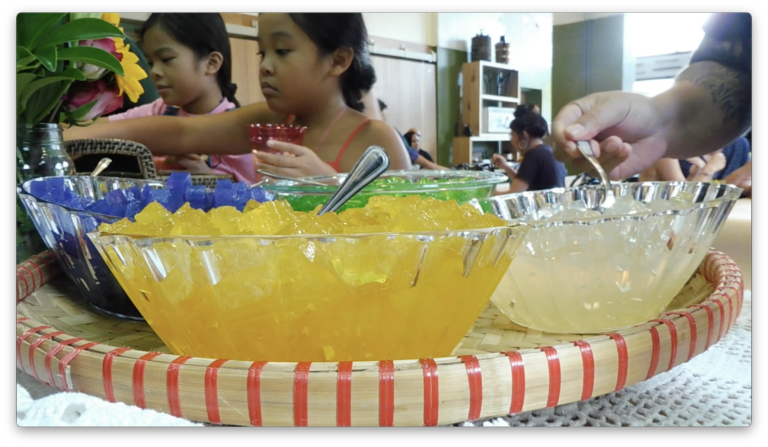 On August 27th, the Philippine American Women’s Association of Louisiana (PAWAL) hosted a Halo-Halo Workshop at the Southern Food and Beverage Museum, (SOFAB) at 1504 Oretha Castle Haley Blvd in New Orleans. Forty attendees learned about making the toppings for halo-halo and assembling the desert. The workshop started with a greeting from PAWAL president Jessica Bayuga who introduced the… 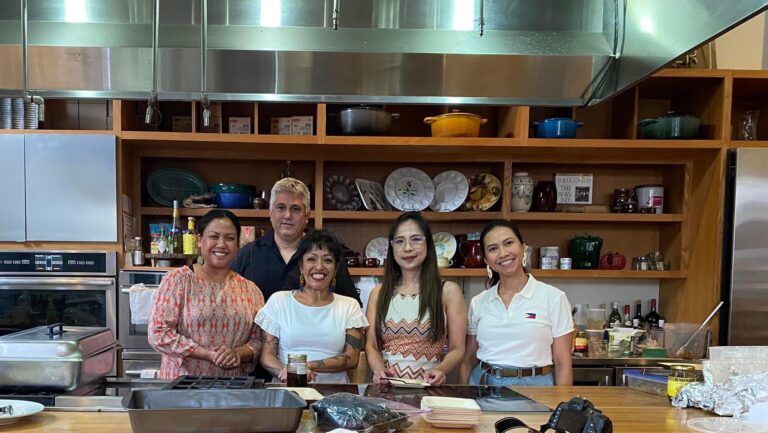 On August 20th, the Philippine American Women’s Association of Louisiana (PAWAL) hosted a Kamayan Workshop at the Southern Food and Beverage Museum, (SOFAB) at 1504 Oretha Castle Haley Blvd in New Orleans. Forty attendees learned how to prepare a table for a kamayan, a Filipino meal in which food is spread along a table and… 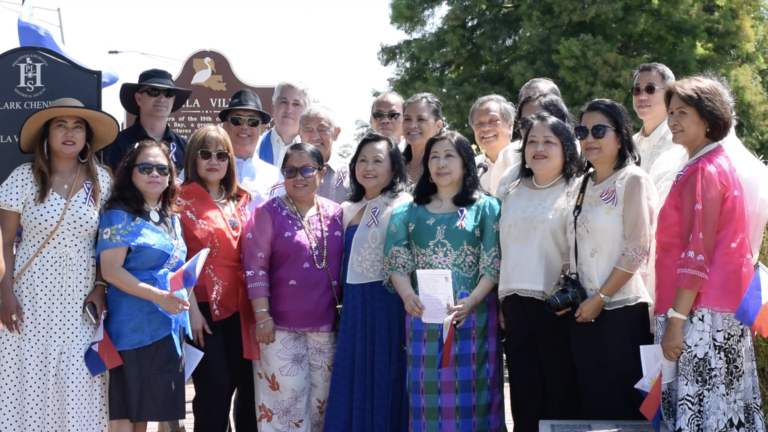 On June 4th in the Town of Jean Lafitte, Louisiana, members of the state’s Filipino American community gathered to celebrate the 124th Philippine Independence Day. The celebration honored the legacy of Filipinos who fought for their country’s independence and highlighted the richly connective histories between the Philippines and Louisiana.  At Manilla Village Plaza, Philippine Honorary… 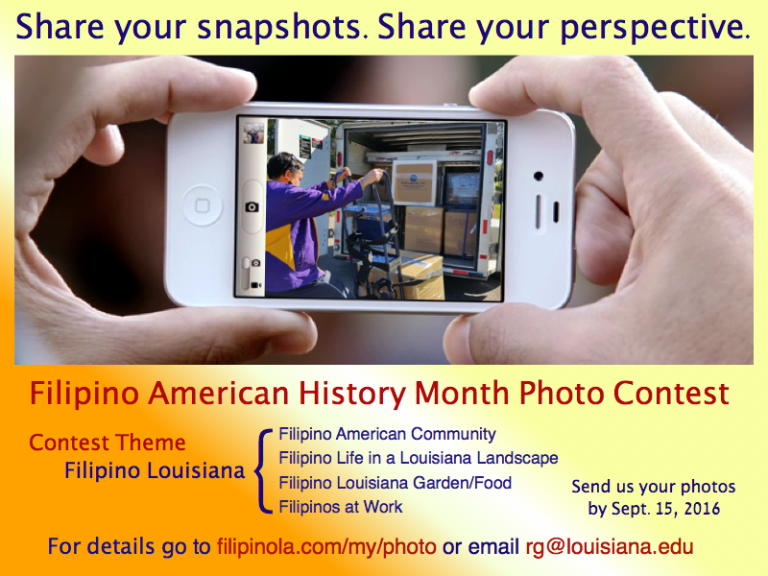 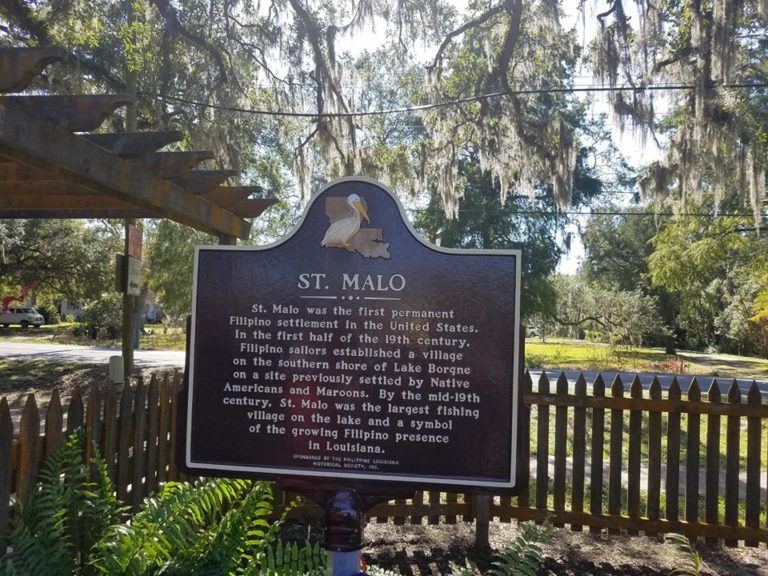 The Philippine Louisiana Historical Society unveiled the St. Malo Historical Marker Saturday November 9th. Watch TFC Balitang America’s coverage of the event. Read “From Manila to the Marigny: How Philippine Pioneers Left a Mark at the ‘End of the World’ in New Orleans.” In the build-up to the event, a number of news organizations wrote…